This was the final 100th concert of the Centenary tour – and was a perfect end to an amazing year. It was performed by a great community orchestra made up of local amateur musicians, teachers and students. It was conducted by Glyn Oxley who had the ingenious idea of buying light-up fluorescent gloves so that the orchestra could see his beat whilst performing to the film in the dark! This worked brilliantly and looked pretty cool too!! [see gallery photo]

The concert also features 90 yr old war vet war veteran Trevor Pleass. Trevor was a member of the Signals Regiment from 1944-48 having previously joined the Home Guard at the tender age of 16.  His schooldays were blighted by the Blitz on Cardiff when he frequently spent nights in cold, wet air raid shelters with his family. {see the Gloucester press release in the gallery below}

There was a display from the local museum with items from WW1 and photos, medals etc from local residents and orchestra member’s relatives who fought in the Somme. (see gallery photo)

Thank you for all for making yesterday’s sell-out Battle of the Somme concert so brilliant. It ended in a real triumph!

Glyn was amazing –  his gloves were spectacular, Laura Rossi plans to stay in touch and hopefully work with young composers in the county and Mike Eden did amazing technical things with the film projection and click track.

Our audience were very impressed by both the film and orchestra. Group Captain Annie Reid said it was the most moving event she had ever been to. 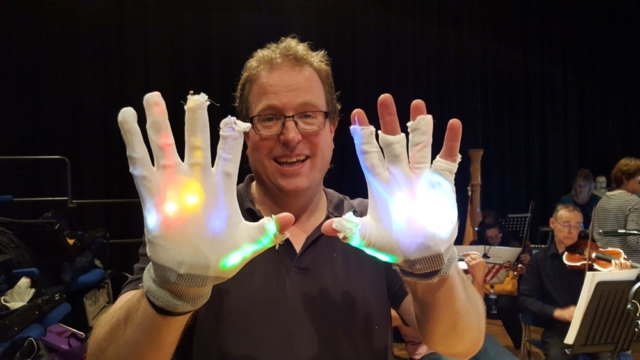 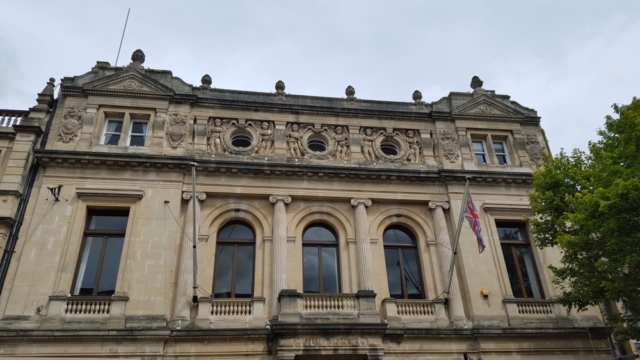 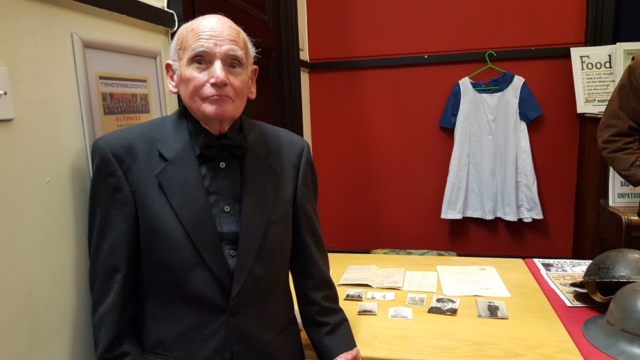 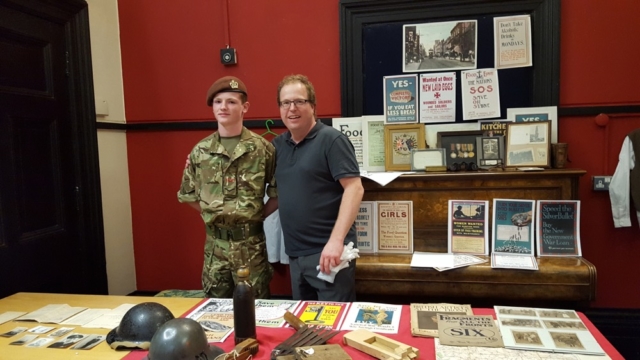 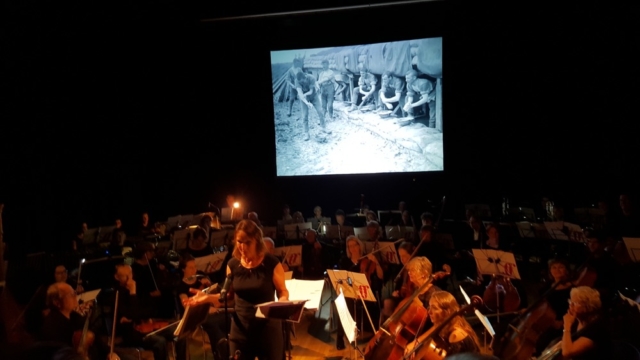 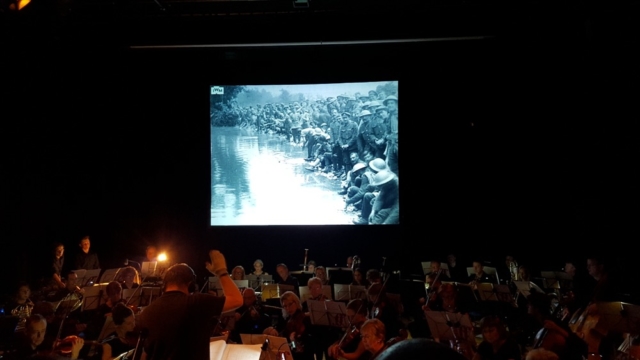 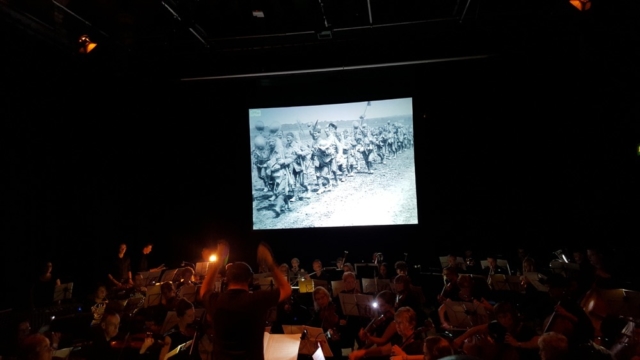 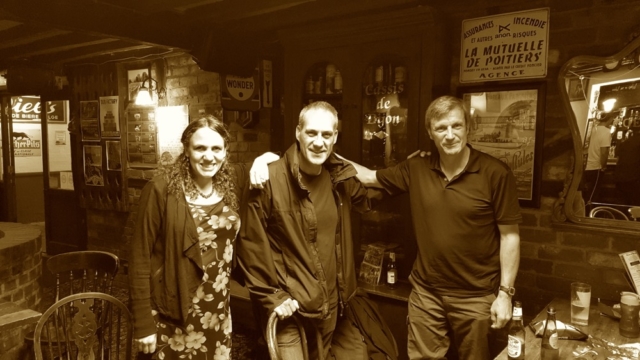 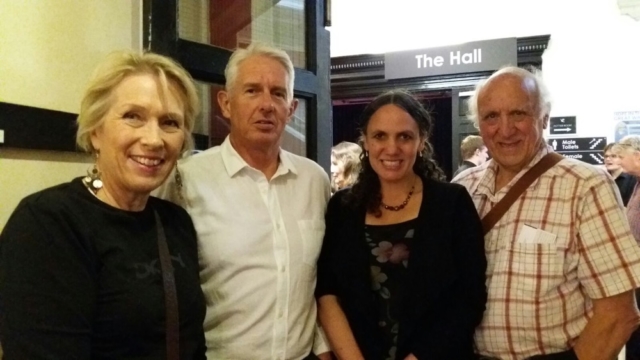 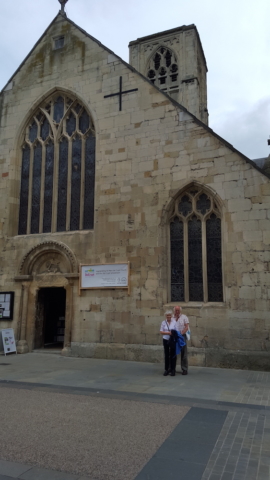 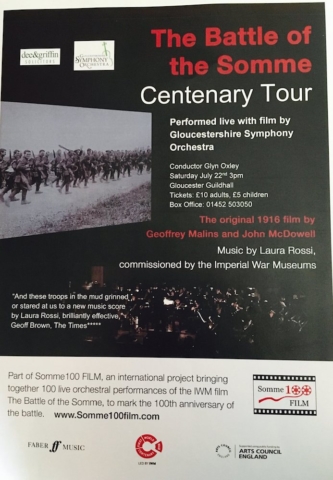