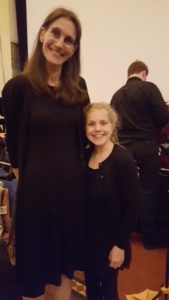 The orchestra put on an open rehearsal free to students and veterans in the morning. The afternoon performance was very well attended and began with an introduction by the Mayor of Hastings followed by talks by Dr Toby Haggith (IWM senior curator) and composer Laura Rossi.

This was a brilliant community event with and orchestra made up of local amateur, professional, teachers and students. There was even a mother and 9 yr old daughter both playing Clarinet.The trumpeters were also excellent players:

It was a lovely day and the event was also attended by a group of veterans from a local retirement home. The audience was full of all ages – some of whom had come to watch a family member or friend in the orchestra, others who were interested in the film and the history. 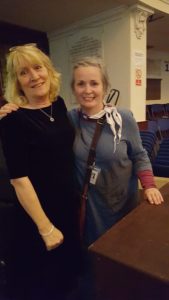 The orchestra was well attended thanks to the help from a brilliant team: Cindy Sullivan and Sandra Goodsell, and artistic director Polo Piatti and conductor Conductor Derek Carden 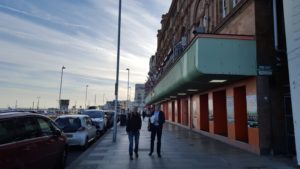 This performance was extra special because the cameraman, Malins, was from Hastings. In the gallery you can see pics of where Malins was born 27 Russell St, and Erols in Queen’s Rd where Malins worked and in 1908 owned the business (photographic studio).

There was lots of press for this screening 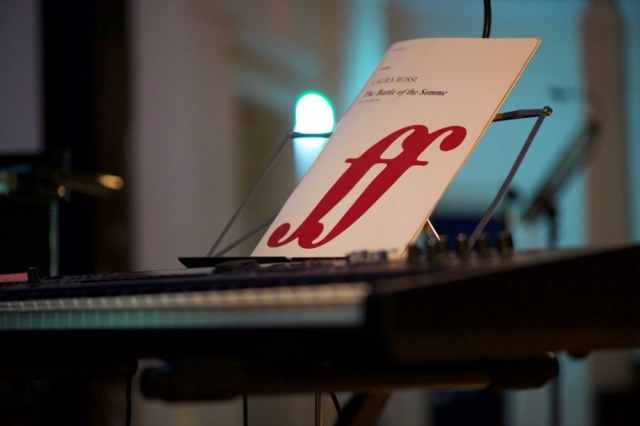 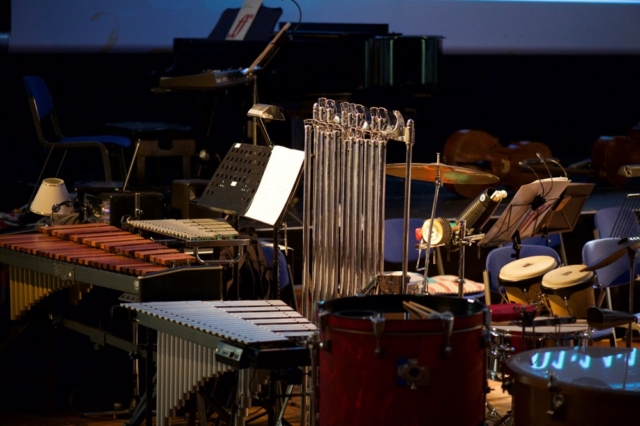 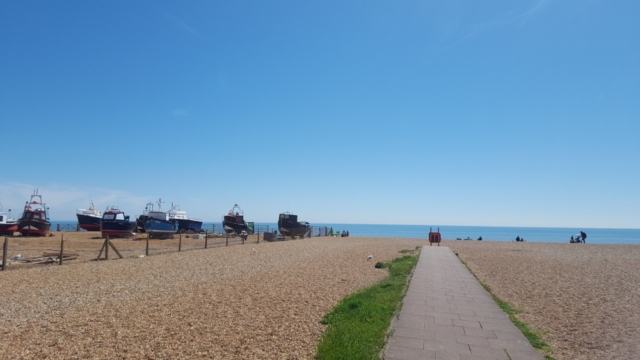 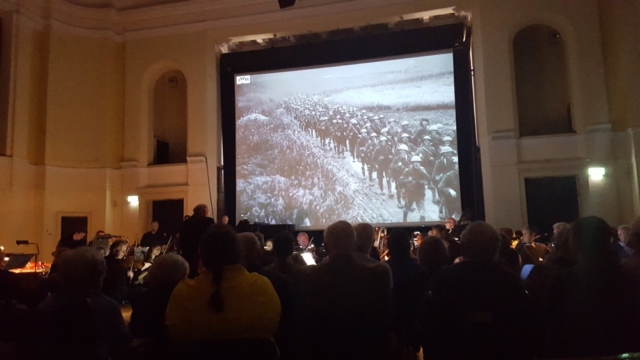 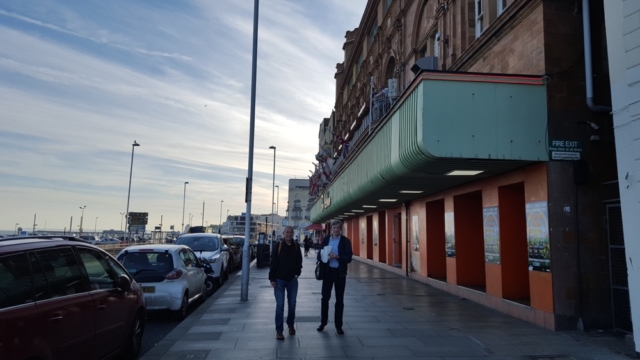 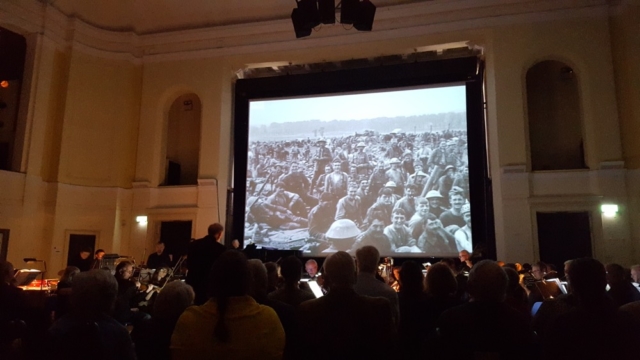 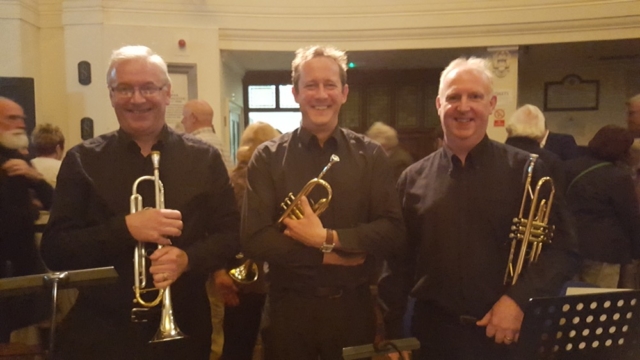 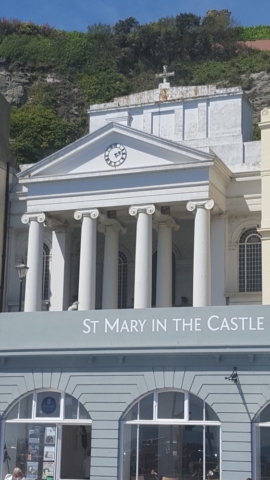 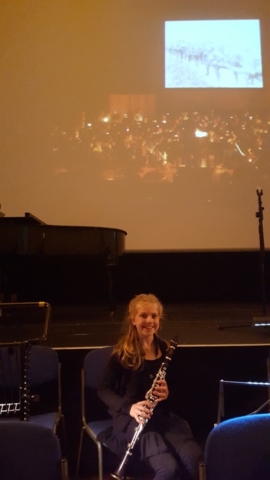 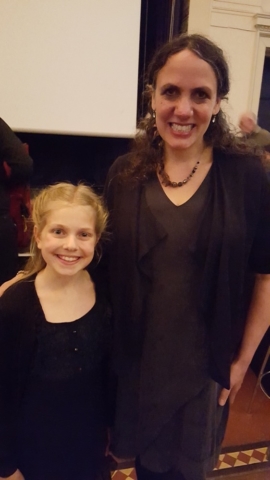 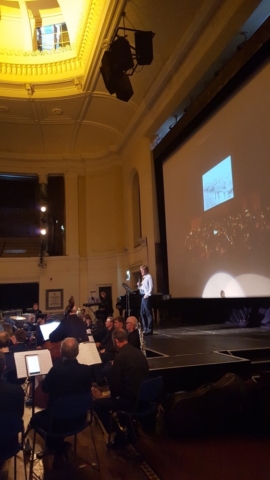