As part of the Somme100 Film project Oxford University Orchestra presents a screening of the 1916 film The Battle of the Somme with a live orchestra score by Laura Rossi, and Vaughan Williams Symphony No 3

Oxford University Orchestra and conductor Ben Palmer put on a brilliant performance – perfectly in sync and with so much expression. The Theatre was packed out and it was a very moving evening.

Here are some photos from the rehearsal. Laura Rossi spoke to the music students who attended the open rehearsal before the evening performance, and also gave a pre-concert talk at the concert. 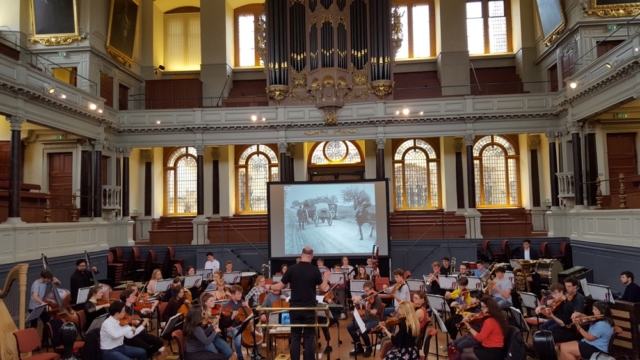 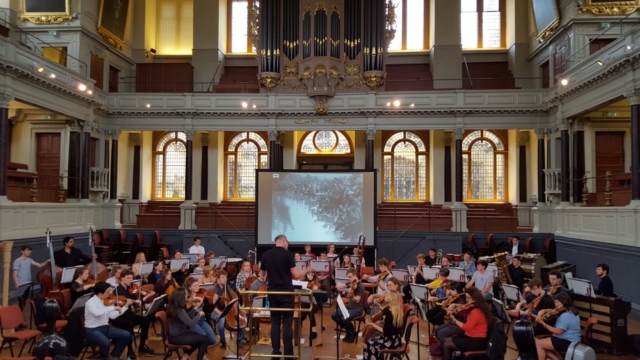 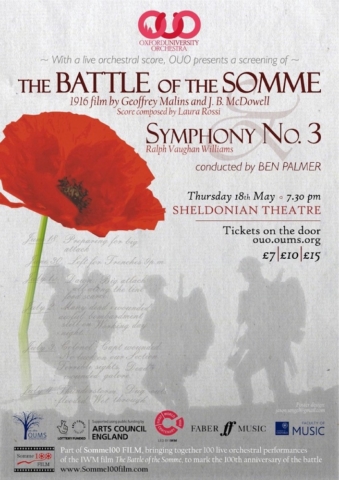 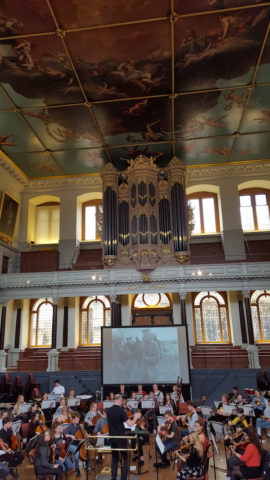