As part of the international Somme100 FILM project, Suffolk Youth Orchestra performed twice Laura Rossi’s acclaimed score to the Imperial War Museum’s iconic 1916 silent film The Battle of the Somme in Bury St Edmunds and Snape Maltings after a week long half Easter orchestra course learning the score. Laura Rossi did a pre-concert talk at Snape Maltings and also came along to the rehearsal for a Q&A session with Suffolk Youth Orchestra

Here’s a short video clip of the Snape performance:

My name is Jonathan, we spoke after the Suffolk youth orchestra Somme 100 performance at Snape Maltings. I was privileged enough to play the double bass in the orchestra and would once again like to thank you for the inspiring music and the incredible opportunity you have helped to make possible.

Robert John Riches was born in Wrentham, Suffolk in 1881 and as was typical of the time worked on the land around the area, during the turn of the century farming in Britain was going through a bad time due to cheaper trade abroad. Because of the bleak prospect for the future, Robert emigrated to Canada on the wave of British colonialists encouraged to emigrate because of the completion of the Canadian Pacific railway which opened up large areas of the prairies for farming.   Robert successfully started a new life for himself in Canada and Married Agnes Allen in Strathmore, just outside Calgary on the 19th of august 1912 and in 1914 their first son Edward was born and Robert was called up to fight.

He returned to England by himself, leaving Agnes and Edward in the prairies   and joined the Royal Horse Artillery. Realising that the War would not be over as quickly as anticipated Agnes and Edward came back to Britain and moved into a small cottage in Stanningfield near Bury St Edmunds. Robert frequently came back on leave and his second son Robert was born in 1915.  He served in the Horse Artillery as a corporal until he was killed on the 19th October 1917 aged 36. Records say he was killed in action, but since the cemetery he was buried in (Canada farm cemetery,  just outside Ypres) was primarily for those who died in the nearest aid station, it is assumed he died of fatal injuries. It is thought that since the artillery guns released smoke, that a German observation post spotted it and ordered an artillery barrage on the area which would have caused Robert his injuries. Agnes Edward and Robert Jnr remained in Stanningfield since Agnes could not look after the farm in the prairies by herself. Agnes died in 1974

I hope, as I found, that his story reminds you of the enormous sacrifice he and countless others made and why projects like the Somme100 film are so important. He should have died peacefully in his house in the prairies with those he loved not laid to rest in some foreign field 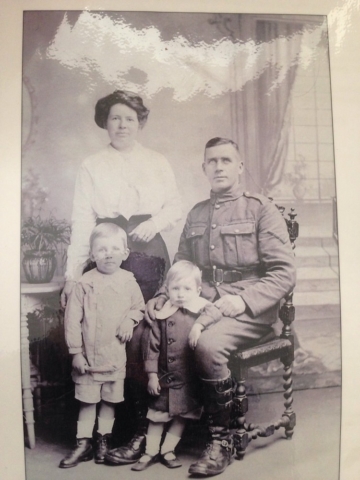 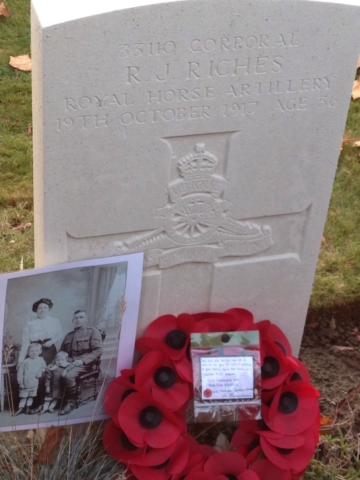 Thank you for taking the time to read Roberts story and for the opportunity to share it.

“It was a fantastic evening and so moving! Such talented young musicians and a beautiful score! Well done to all”

Battle of the Somme Programme 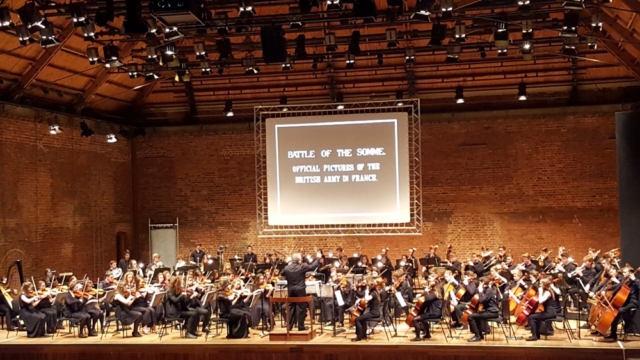 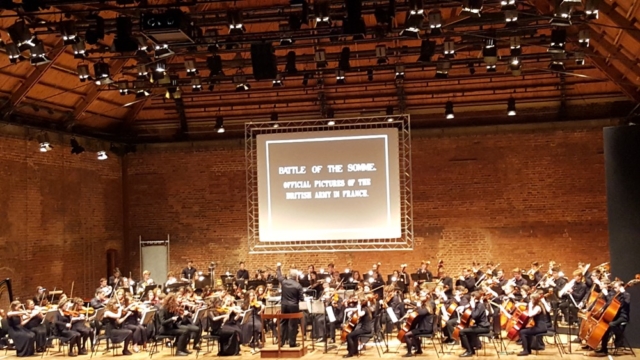 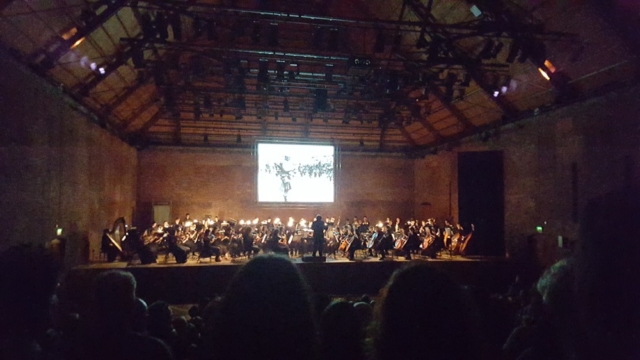 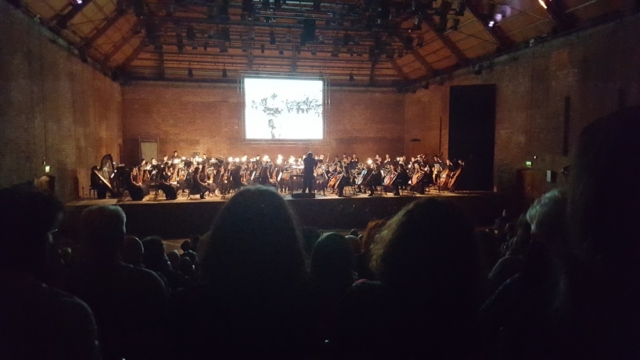 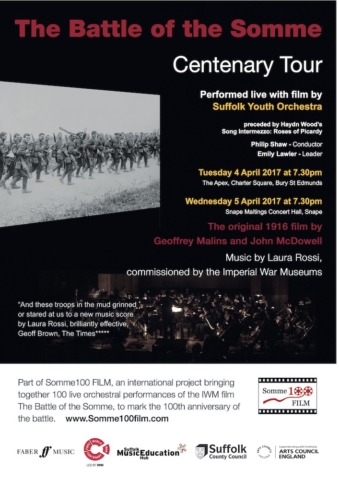 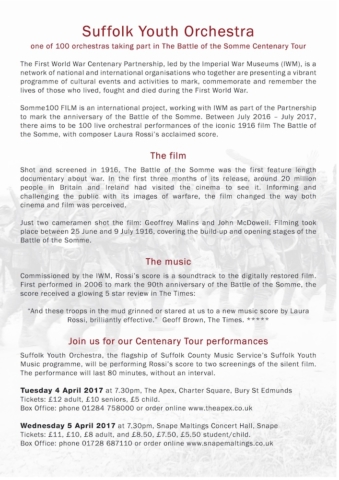 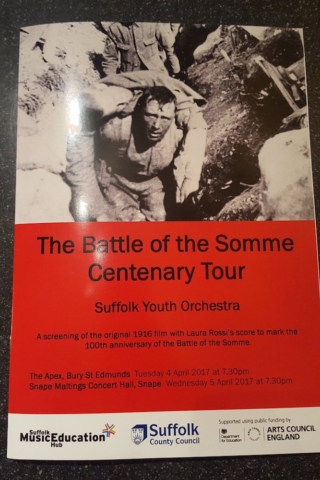 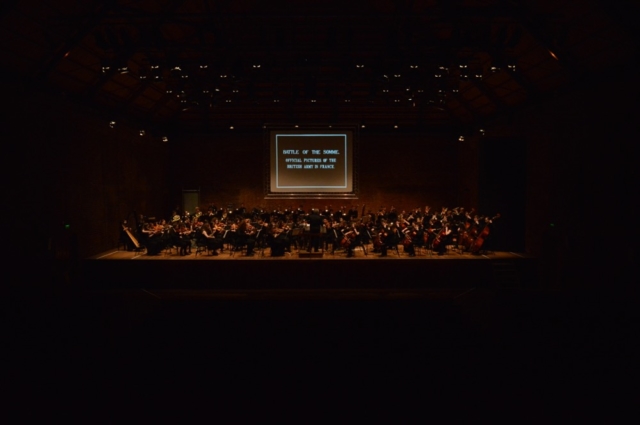 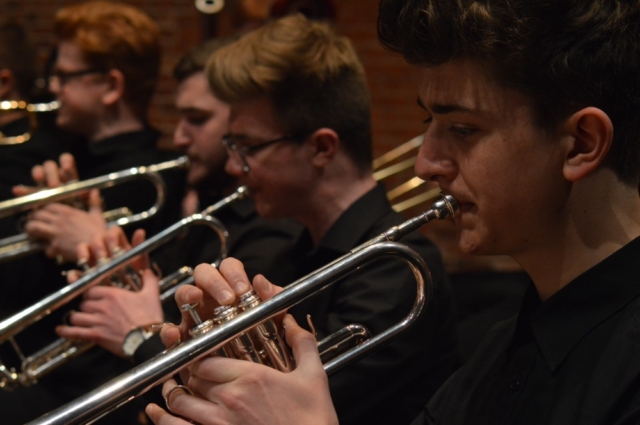 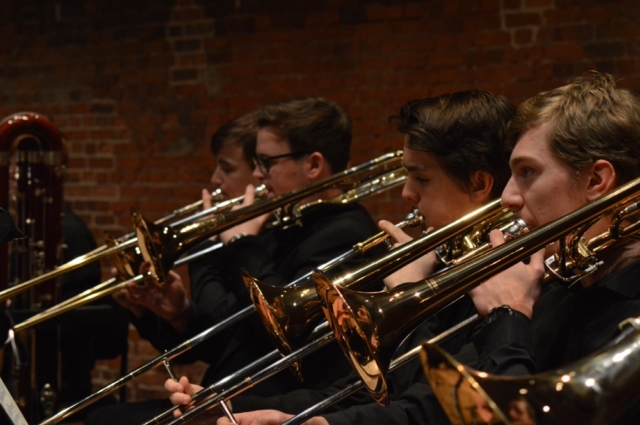 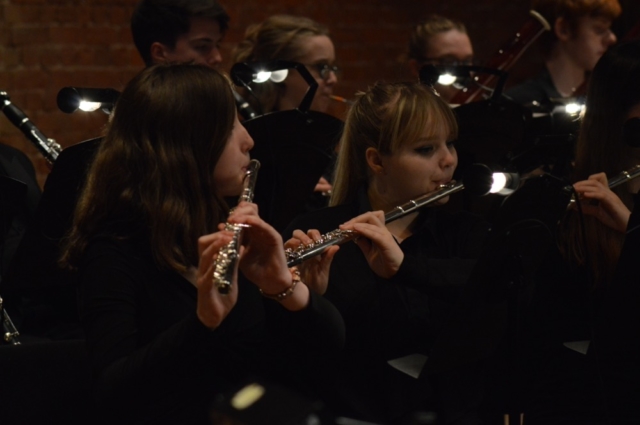 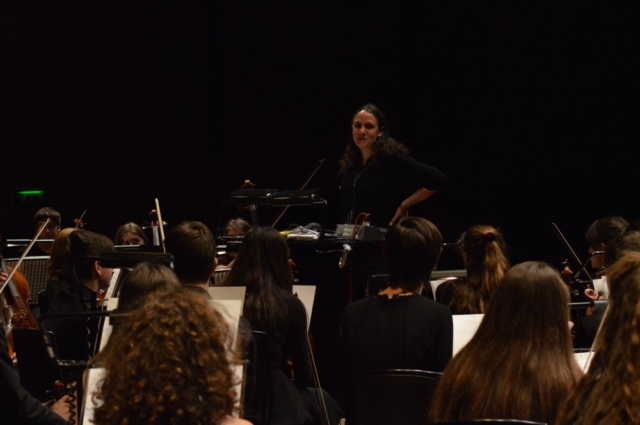 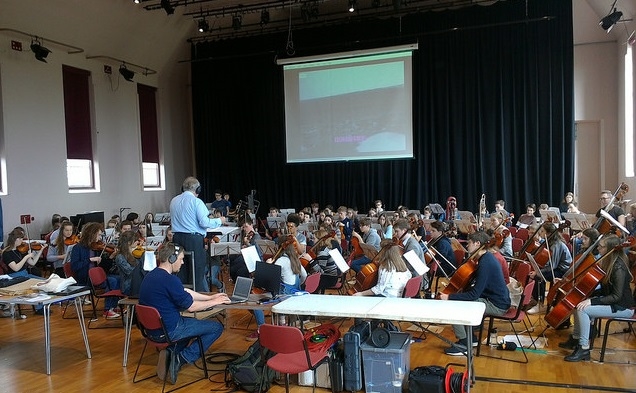