On Tuesday 11 July at 8:00pm Stanley Civic Hall hosted a free screening of the original 1916 Battle of the Somme film, with live music by Laura Rossi performed by the Cobweb Orchestra and conducted by Andrew Jackson.

The screening was part of Stanley’s centenary commemorations for Private Michael Heaviside VC, who was given a hero’s welcome on 12 July 1917 when he returned home from his stretcher-bearer duties on the Western Front to be presented by King George V with the highest award for gallantry, the Victoria Cross.  The homecoming parade (which was recorded on film) was re-enacted 100 years after he returned to his home town from the First World War and a commemorative stone was unveiled at a site in Craghead next to the street where he lived and died.  [see photo]

The Cobweb Chamber Orchestra performed this twice on June 4th at the Tyneside Cinema, and decided to repeat the performance in a larger venue to give the opportunity for many more players to be involved and as part of a larger event at the Alun Armstrong Theatre, Stanley, Co. Durham

Read more about the commemorations for Michael Heaviside here:

We are so delighted to be part of this amazing project.

Daniel O’Brien, Stanley Area Action Partnership Coordinator said: “Local county council members, members of Stanley Town Council, Heaviside family members and local residents wanted to celebrate and officially remember the heroics of Michael Heaviside VC as Craghead was his home. The Centenary Project has really grown and has involved a number of key partners and funding streams to bring it to fruition.”

The project was funded by a number of organisations and partners including: 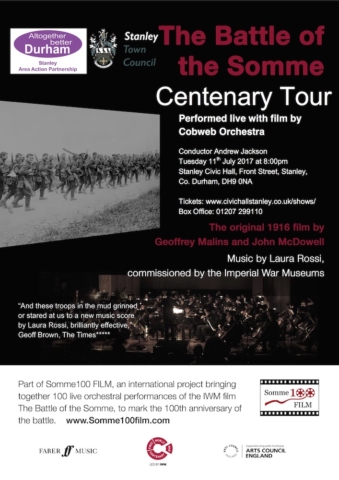 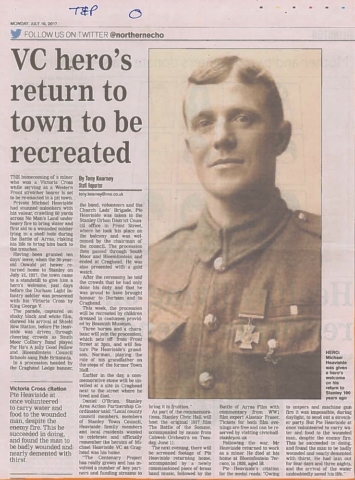 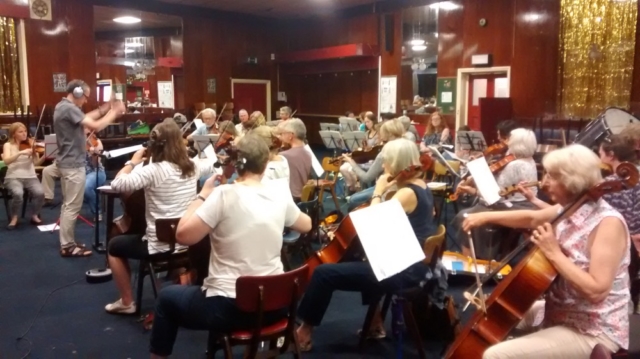 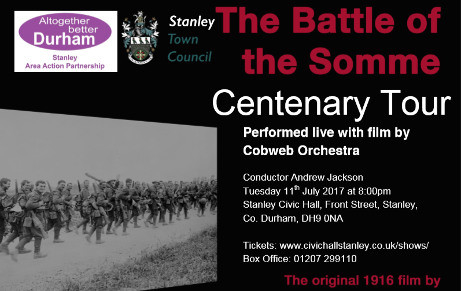 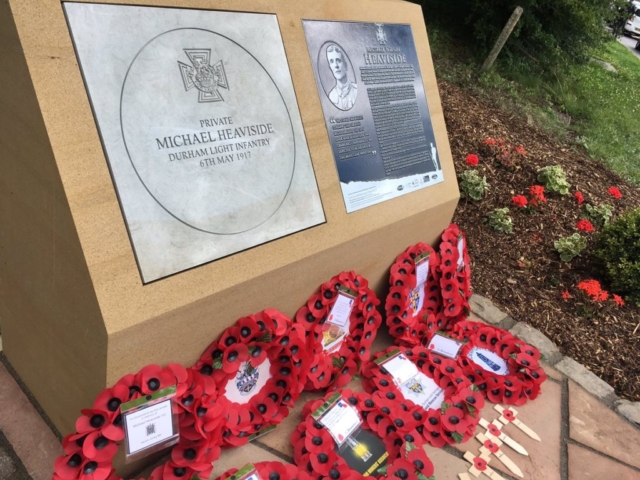 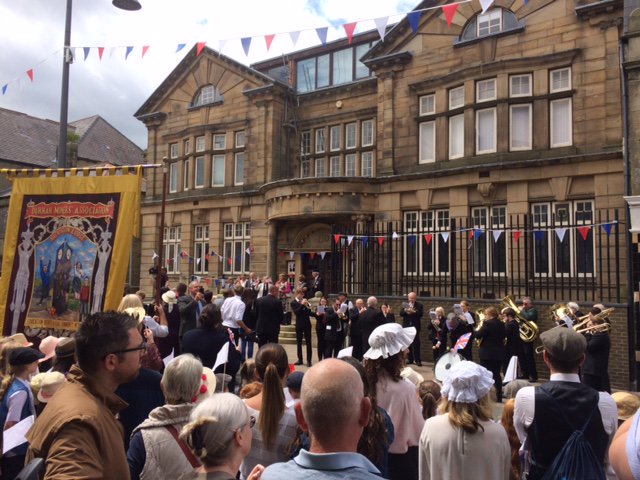 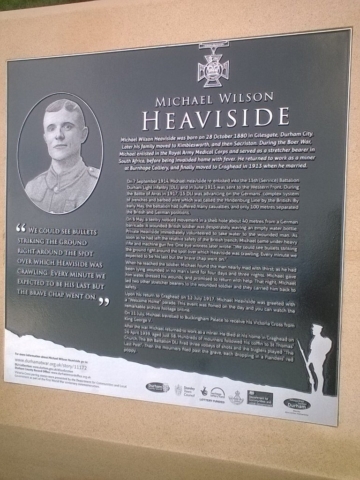 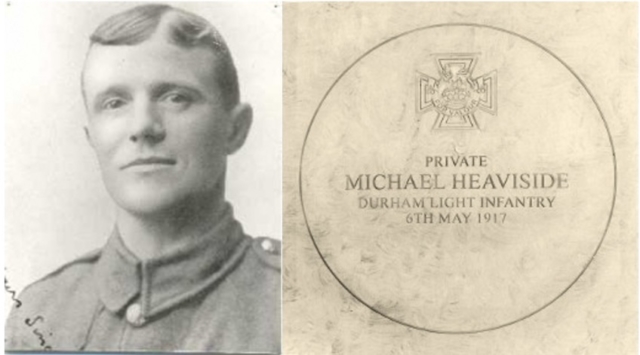