SEDBERGH Orchestra performed The Battle of the Somme live with film at St Andrews Church in Sedbergh at 7.30pm on Saturday 8th July and at 3.30pm on Sunday 9th July at Skipton Town Hall. Both performances began with a short talk by Alastair Fraser, author of “Ghosts on the Somme”

The performances were organised in partnership with the Craven and the First World War Project, a Heritage Lottery Funded project which is organising a series of events to commemorate the centenary of the First World War in the Craven district. Both performances began with a short talk by Alastair Fraser, author of Ghosts on the Somme, which gives a detailed analysis of the film by setting out where and when much of the film was shot, identifies individuals who appear in it and even reveals what some men are saying.

Project officer, Rob Freeman, said of the performances: “A live performance is a unique and memorable way to experience this this extraordinary and moving UNESCO-listed historical film historic film, shot during the battle itself, and watched by over half of the adult UK population on its release in 1916 – a box office record not broken until the release of Star Wars in 1977.”

Orchestra members relatives who fought at the Somme

6 orchestra members from Sedburgh Orchestra had relatives at the Somme including:

Her grandad, enlisted with the Royal Warwickshire Regiment in 1915, aged 17 and fought at the Somme but survived.

At the age of 15 my grandma lost her brother Bertie at High Wood in the Somme. On July 20th 1916 he was shot by a German sniper. He was 23 years old. Over 80 years later, her voice would still break when she spoke about him.

My grandma was married for over 60 years to a veteran of the First War. Frederick Wheelwright, my grandad, enlisted with the Royal Warwickshire Regiment in 1915, aged 17. He saw action in the Somme in 1916 and a year later at Passchendaele. Despite being wounded, he survived and returned home in 1919.

He joined up aged 31 and was killed on the first day of the Somme Battle. A volume of his poems was published in 1916.

Gilbert’s great nephew and great great niece and nephew are all in the orchestra. 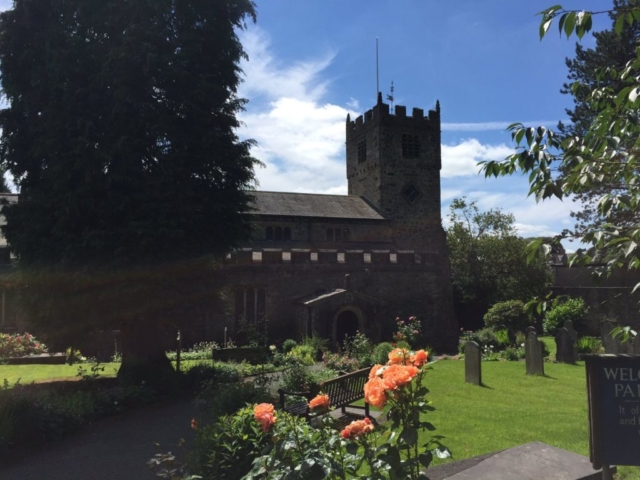