The City of Peterborough Symphony Orchestra are playing a new score live with the film of The Battle of the Somme on Saturday, June 17, 7.30pm, at the Voyager Academy.

The Battle of the Somme remains one of the most successful British films ever made. The film was made by British official cinematographers, Geoffrey Malins and John McDowell. The Battle of the Somme gave its 1916 audience an unprecedented insight into the realities of trench warfare, controversially including the depiction of wounded and dead soldiers.  British-born Laura Rossi has written the score.

From 6.30pm there will be a pre-concert talk by historian Roger Smither, former keeper of the Imperial War Museum’s Film and Video Archive and Research Assistant at IWM until 2016.  The museum was responsible for the restoration the film. There will also be an exhibition of WW1 memorabilia and photographs

I am the former Keeper of the Imperial War Museum’s Film and Video Archive (retired 2010, though I remained linked to IWM as a Research Associate until December 2016) and was in that post when IWM undertook the restoration of the film ‘The Battle of the Somme’ and commissioned Laura Rossi’s score for it; I also initiated the procedure to have the film inscribed on UNESCO’s ‘Memory of the World’ register.  I have published a few articles about ‘Battle of the Somme’ and other First World War films and am the voice on the commentary soundtrack on IWM’s DVD release of the restored BOTS film.

My family and I went to see the Battle of the Somme film yesterday as played by the Peterborough Symphony orchestra.

I must say it was an amazing evening. The film is incredibly detailed and moving but your soundtrack made so much more emotive.

I hope this make sense but we found we forgot that we were watching a silent movie because the music was so fitting with the images. 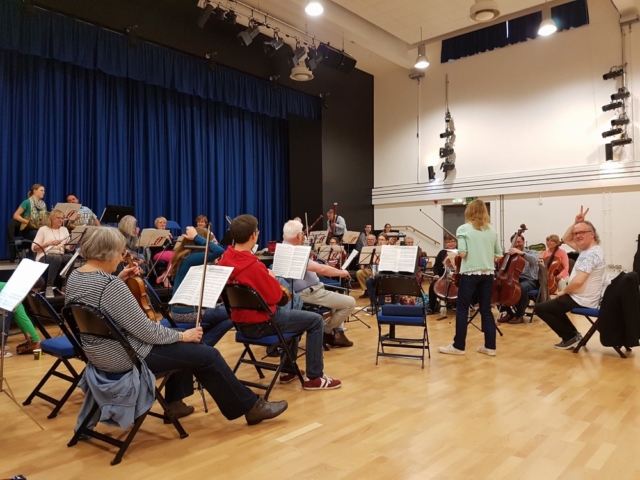 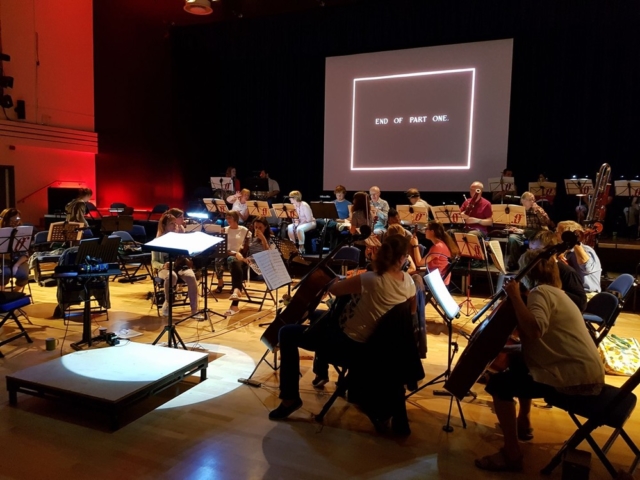 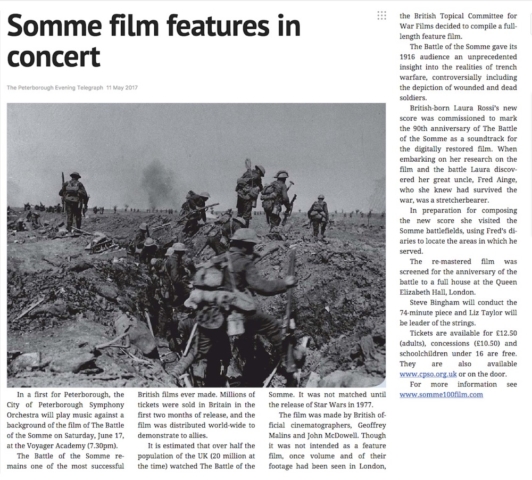