A sold out performance by the Falkirk Tryst Orchestra in Falkirk town hall. A piper played as people entered the building and a there was a exhibition of stories of local connections to the Somme battle in the Foyer. Laura Rossi and Dr. Toby Haggith gave a pre-concert talk and the orchestra and conductor did a fantastic job of performing with the film. The orchestra also put on a performance for school children the day before.

Read Making Music article on the Somme100FILM screenings including an interview with Falkirk Tryst Orchestra and their involvement in the project.

A Welcome from the Falkirk Tryst Orchestra President

Good evening and welcome to this very special occasion. Falkirk Tryst Orchestra is privileged to take part in this commemoration of the Battle of the Somme. There are to be 100 showings of this film, throughout the UK and further afield, during this centenary year, with live orchestral accompaniment. This is the first performance in Scotland.

It is difficult to comprehend the scale of this battle and the magnitude of the loss of life. Members of families across the country including Falkirk and indeed, the families of orchestra members, took part in the battle. My own grandfather served there with The Argyll and Sutherland Highlanders. Fortunately, he survived the battle uninjured, but was shot and invalided home from the Battle of Vimy Ridge in 1917. Lots of your families will have a story of a relative passed down through several generations and many with a less fortunate outcome.

My sincere thanks go to all those who have worked to make this event possible. Finally I would like to thank you for coming. I am sure that you will have a very moving and thought provoking evening.
John Paterson President, Falkirk Tryst Orchestra

Listen to BBC Radio Scotland interview with Laura Rossi and members of the Falkirk Tryst Orchestra:

A Message from the Conductor

It is a great honour to conduct the performance for tonight’s screening of the Battle of the Somme (1916) with music commissioned by the Imperial War Museum from composer, Laura Rossi. Myself and the orchestra have a great sense of responsibility in that this is the first screening in Scotland with the live music.

We hope you appreciated the playing of piper, Neil Clark, who set the scene as you arrived for tonight’s performance and I know that you will be moved by the story of his bagpipes.

Preparing and rehearsing a new work is always a challenge. It asks questions and poses problems, not the least for the conductor working with a click track (hence the head phones in case you think I have become deaf!). However, Laura’s score was very clear and the end result was a tting accompaniment to a moving lm.

I hope you will be pleased with tonight’s performance.
Robert Tait, Conductor, Falkirk Tryst Orchestra

On arrival at this evenings’ event you were greeted by the wonderful bagpipe playing of Neil Clark. Neil brought the set of pipes that he was playing a couple of years ago. When one of his pupils noticed a name and address on the inside of the box that the pipes were kept in, he began to uncover the fascinating story of this particular set. 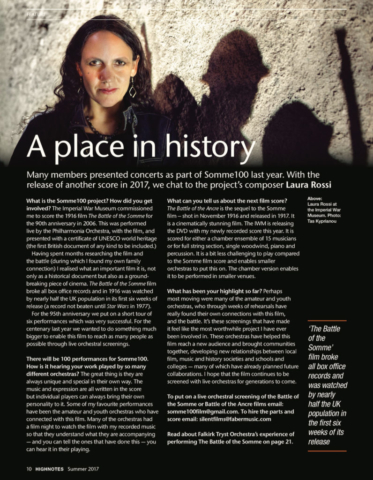 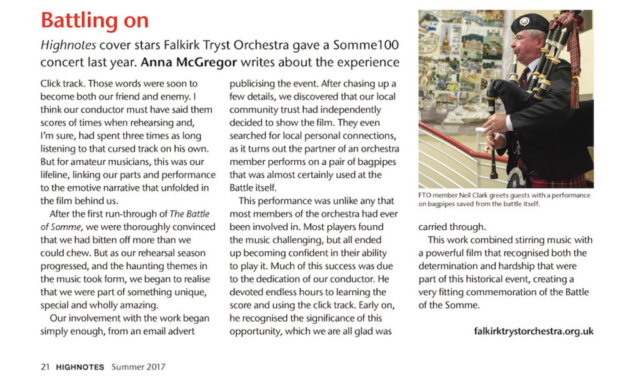 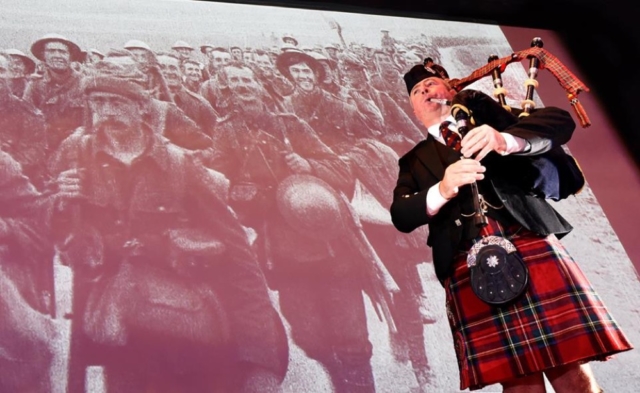 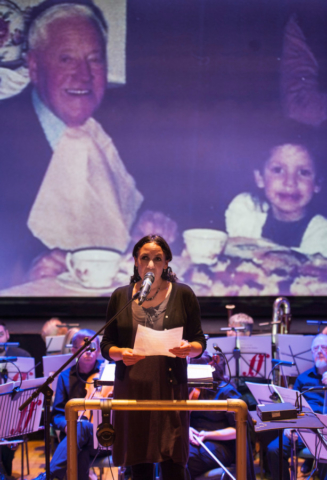 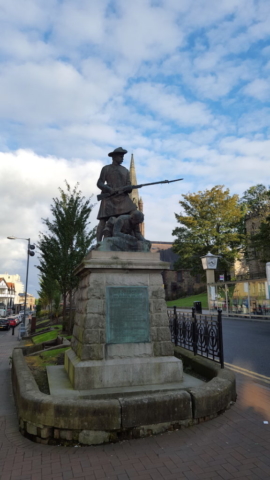 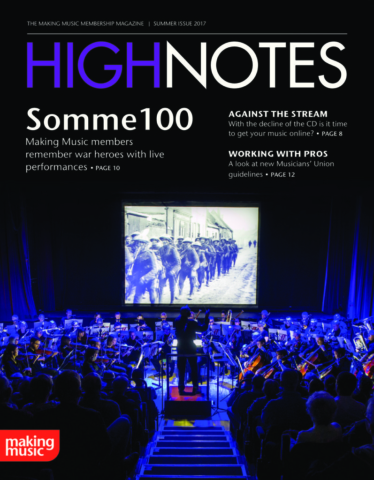 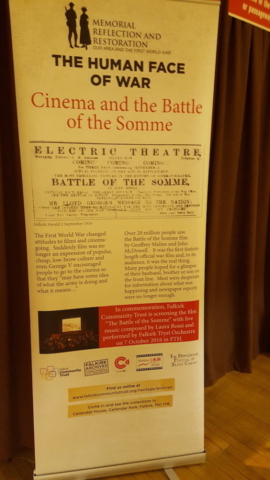 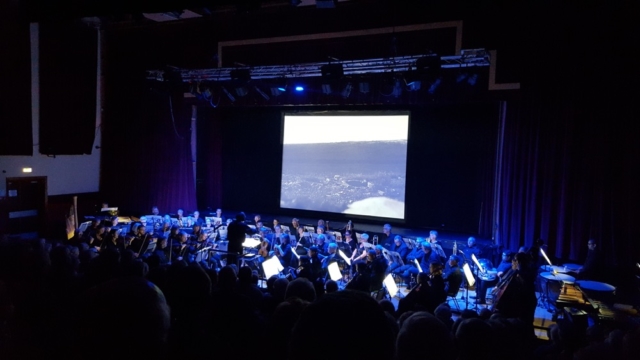 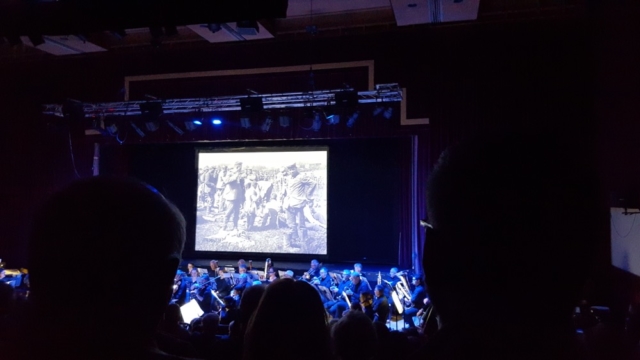 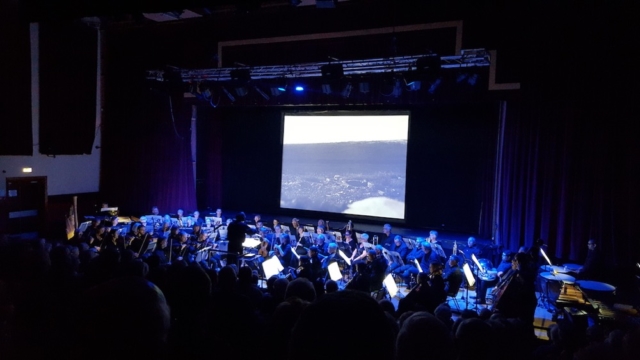 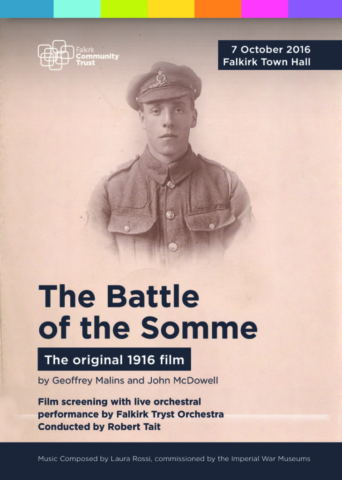 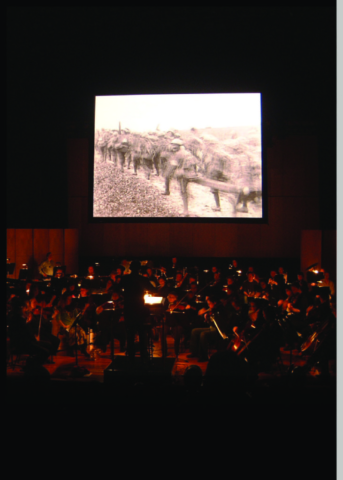 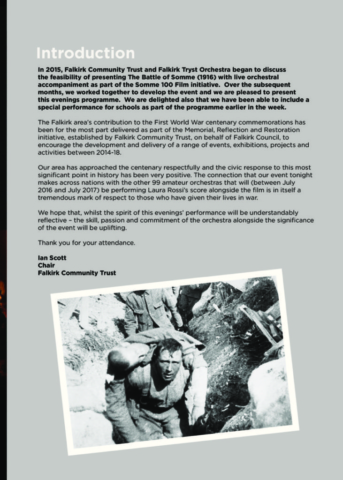 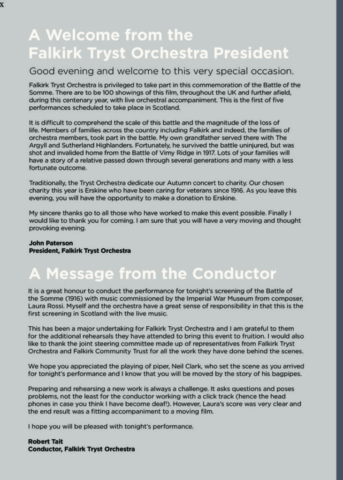 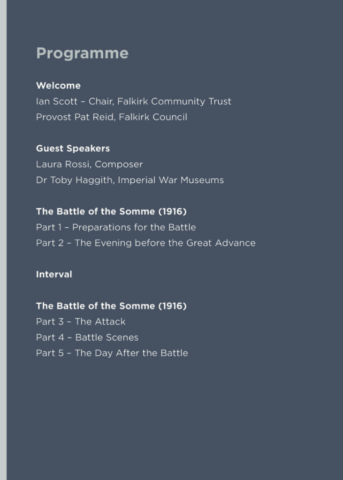 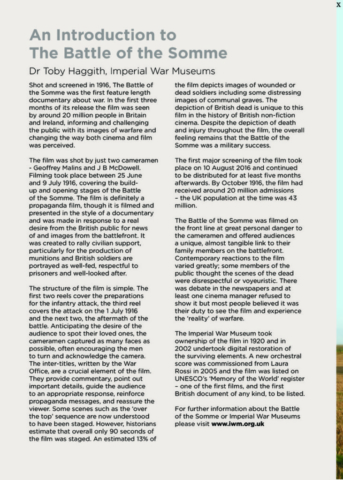 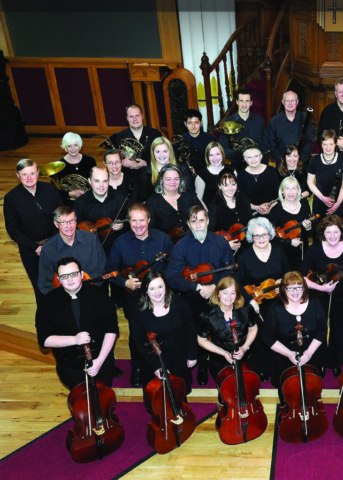 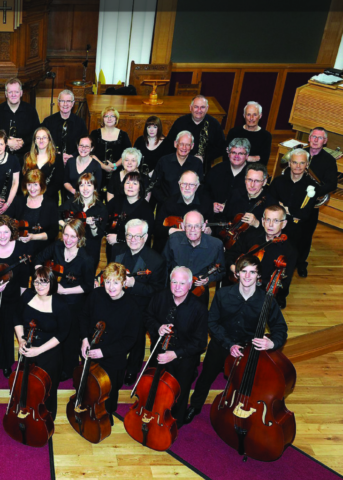 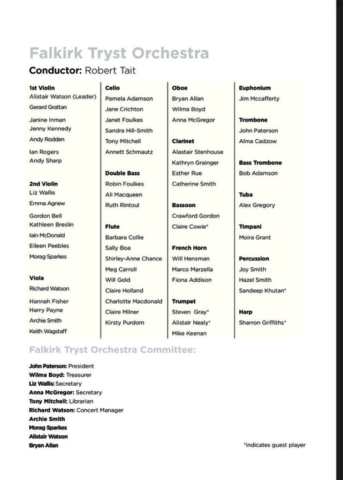 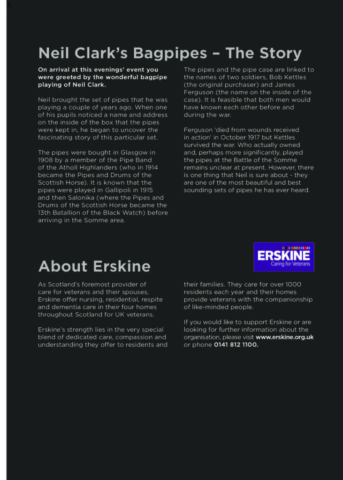 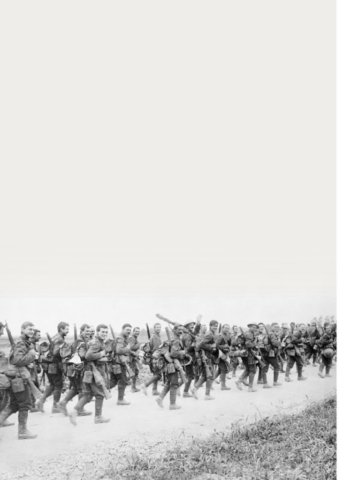 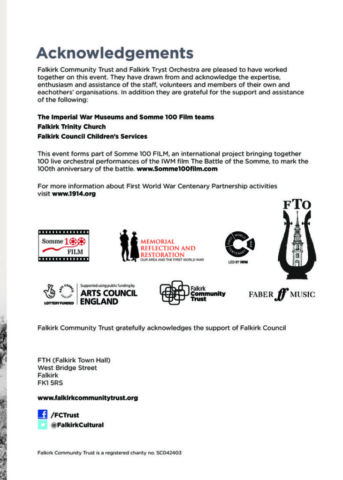